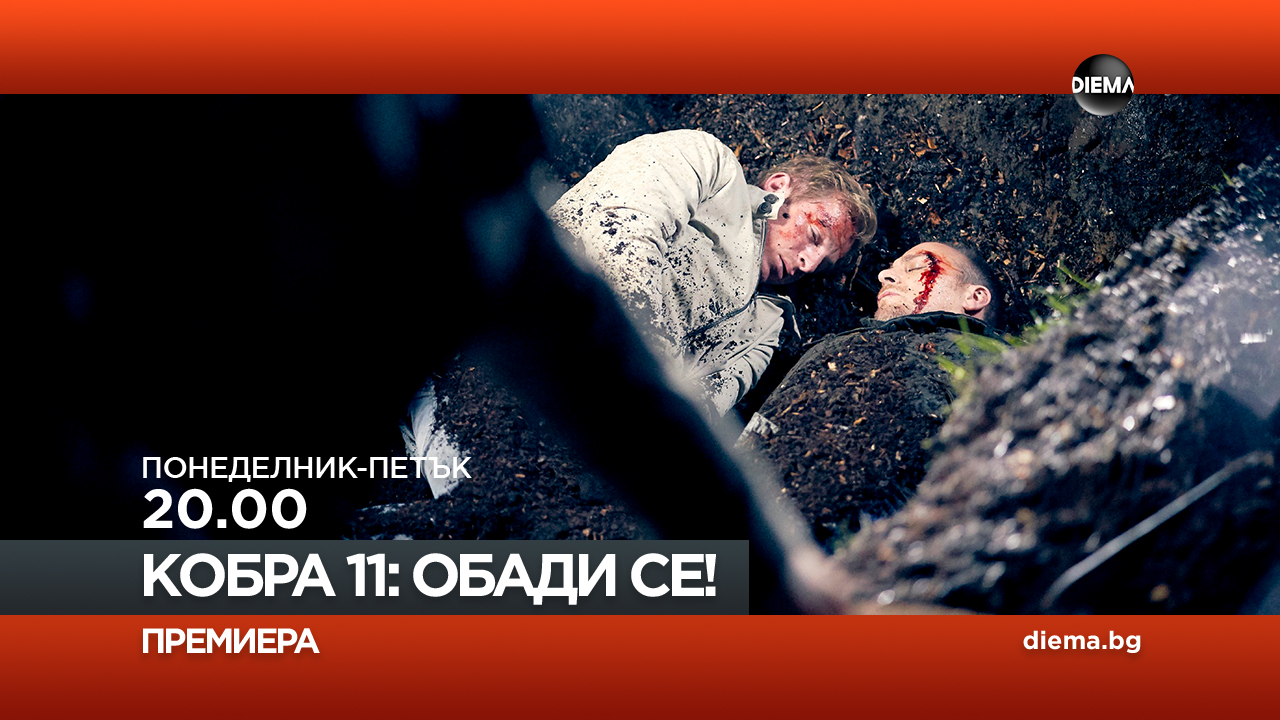 On July 29, the 25th season premiere for Bulgaria begins. The season includes 16 episodes of 45 minutes.

Sold into over 120 territories. With its explosive action, thrilling car chases and spectacular stunts – not to mention entertaining storylines – it’s no surprise that Alarm for Cobra 11 remains Germany’s most popular, long-running TV series. And now it’s back, but it’s all about to change. Paul Renner (Daniel Roesner) decides to leave the team, but it’s not long before he falls under suspicion for murder. Meanwhile, Semir Gerkhan (Erdoğan Atalay) is forced to confront his past when a long-lost friend reappears and, after 26 years, he meets his mother again. The other team members are also confronting their fates as the series builds to an adrenaline-packed final where an overwhelming opponent pushes the highway police to its limits. The situation appears hopeless. Nothing will ever be the same again…